For many years I've used several techniques to get jewelry that most people have never seen. Below are some example of sample forms made in copper and a fully developed form made into jewelry. Would you believe the top three forms began their lives as round disks? 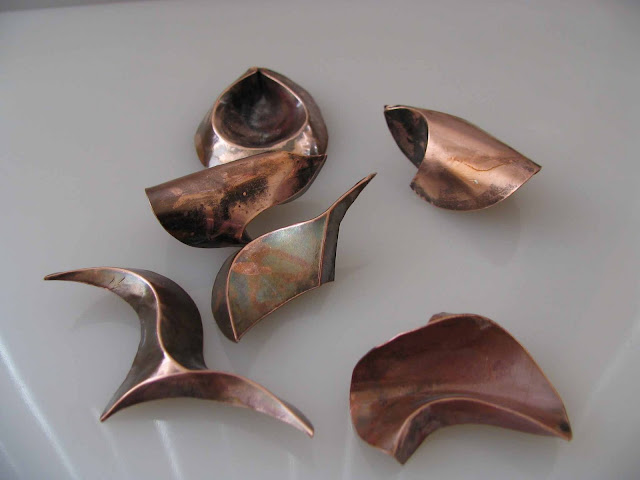 Do you recognize the gold pendant from the form in the middle of the picture above? 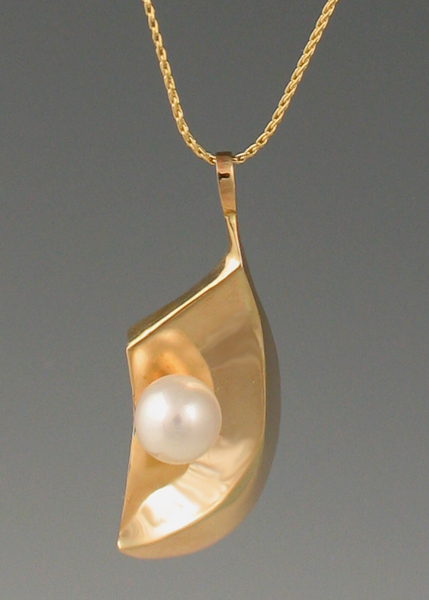 Some of my work is made from dies that I cut. This allows me to get a 3-D form that's lightweight. Here are some dies I've cut, along with copper samples. 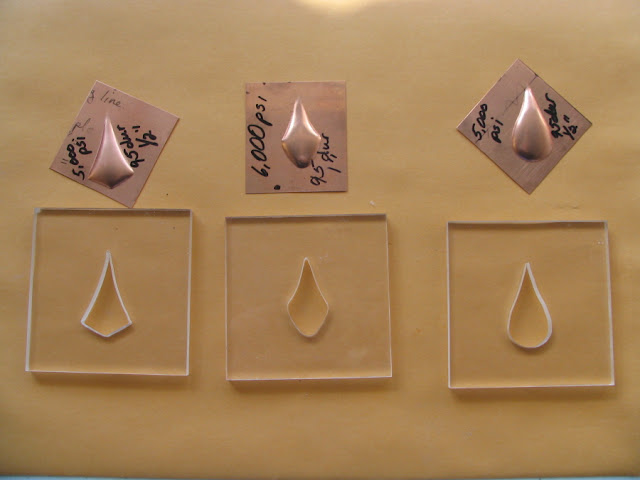 How they look finished
Made in silver. 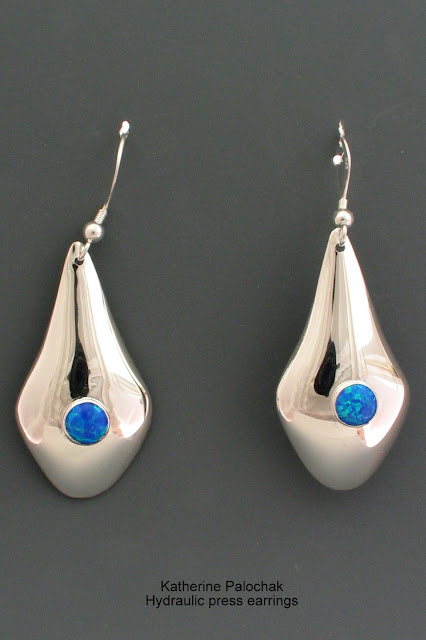 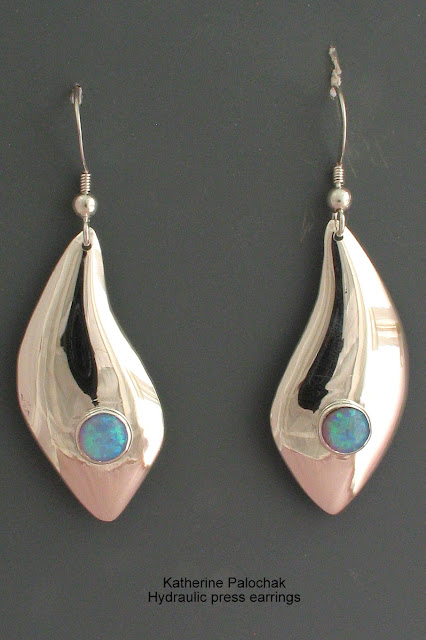 Here is a pendant made from a handmade die. It is the amphora shape in the top photo, middle die. 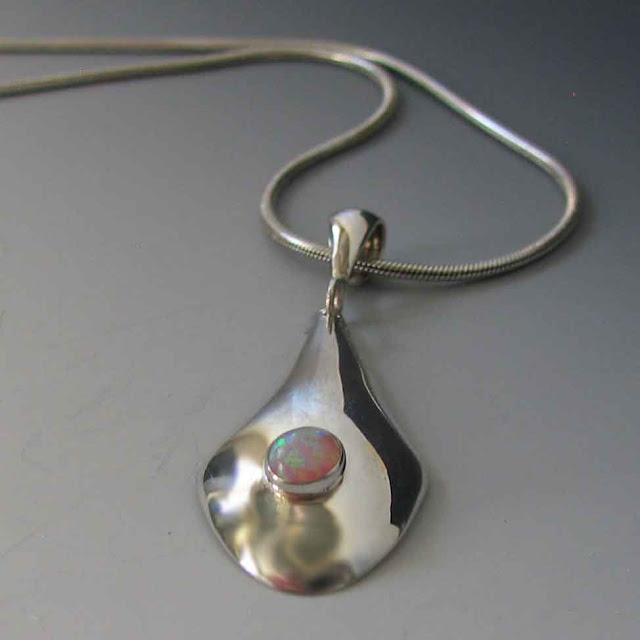 Even a simple shape can produce a variety of results.﻿ 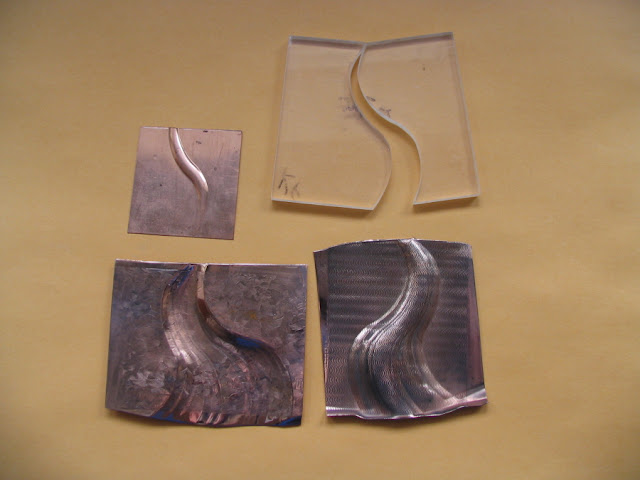 What can I do with a broken chain?

Whether the chain is silver or gold, it’s not so much about the cost of the metal, as it is the cost for the labor. Gold chains are almost always worthwhile to repair because of their cost. With silver chains, you’ll have to weigh whether the cost of the repair is going to exceed the value of buying a new chain.
But still, a lot depends on the type of chain it is, and where the break is. If the break is close to the end where the fastener is, then usually it just needs a new tip or jump ring soldered on, and it’s only a smidgen shorter than it was. It it’s a very fine chain, such as a triple rope, and the break is more towards the middle, then it takes time to reweave the links and repair them. It can be very labor intensive and costly.
Sometimes actually fusing the broken area of the chain works and is hardly noticeable. Another option you might consider is making a shorter chain for a young child or teenager, since their necks are smaller than adults. One or more bracelets can be made out of the broken chain, if the type of chain is suitable for a bracelet.
You can always walk into a jewelry store that does repairs and ask what your options are. The jeweler will be happy to help you with your question. Tufa casting is cast directly into a rock called tufa. It is carved, then cast with molten metal. Below, you'll see the steps taken for the piece above. This was also featured in a trade magazine called Lapidary Journal, and a general publication called Big Sky Magazine/Art. It is now at The Jeweler Gallery in Laramie, WY.

First, the tufa is cut into blocks. 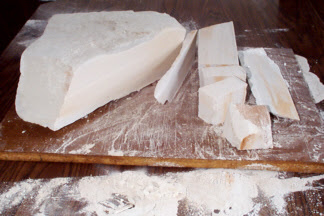 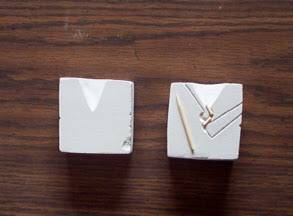 The tufa is actually pretty soft before it's stabilized, so I'm able to use knives, wax carving tools, dental instruments and clay carvers. 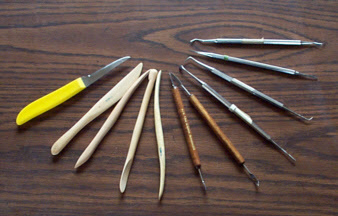 Then the model is sooted up, so it will release easily. The two blocks are bound together and molten metal is poured into the model. 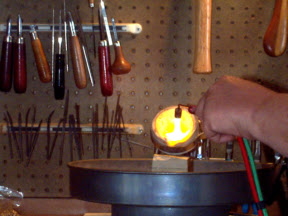 Breaking out the casting

Here's how the casting looks after it comes out of the mold. Doesn't look like much, does it? All of the vents and pouring gate has to be cut off, then the remaining casting is filed and sanded into its final shape. 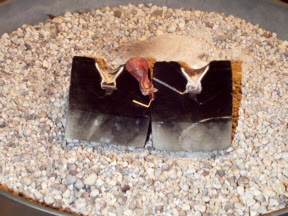 Here's the working design. It has olive jade, peridots and pink mother-of-pearl. 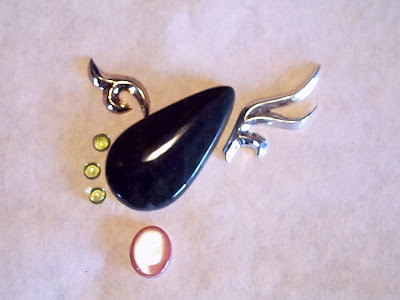 Here's another tufa piece that was modeled after the shadows on a snowdrift. It is now at The Jeweler Gallery in Laramie, WY 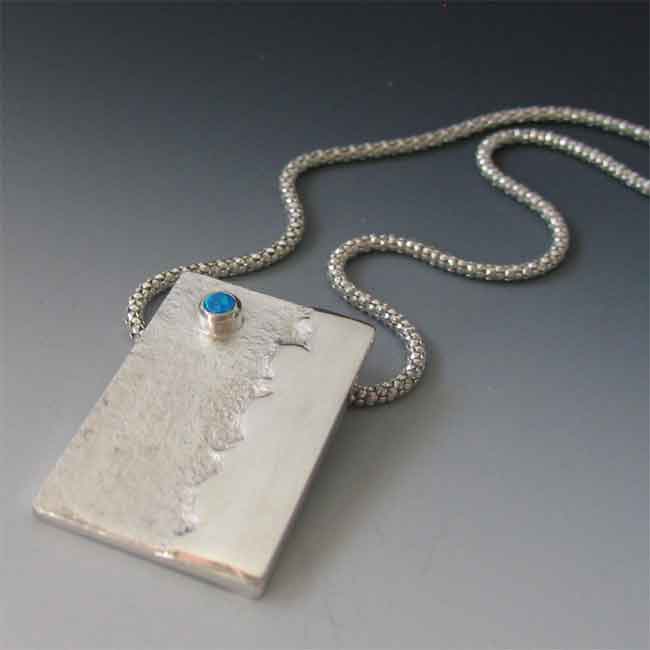 You can see more views of the one below at
http://www.etsy.com/listing/84739672/curvy-tufa-pendant-with-checkerboard 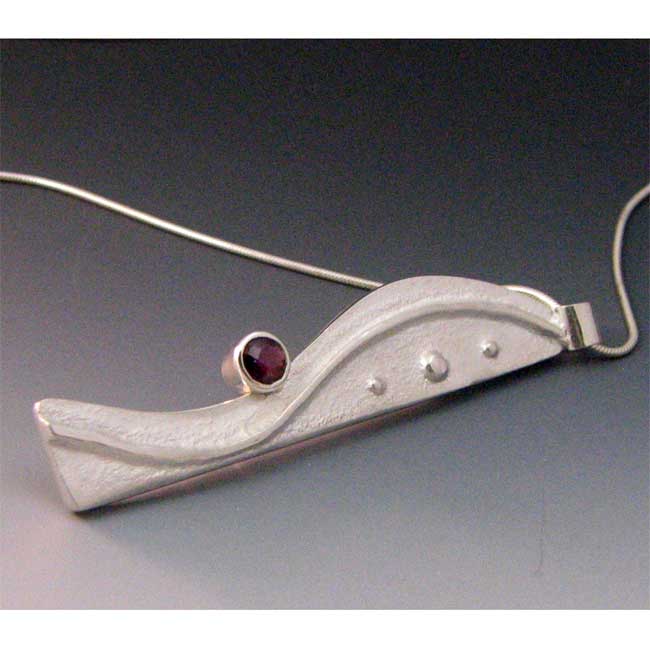 You can see more views of the piece below at
http://www.etsy.com/listing/84858048/tufa-cast-pendant-in-sterling-silver 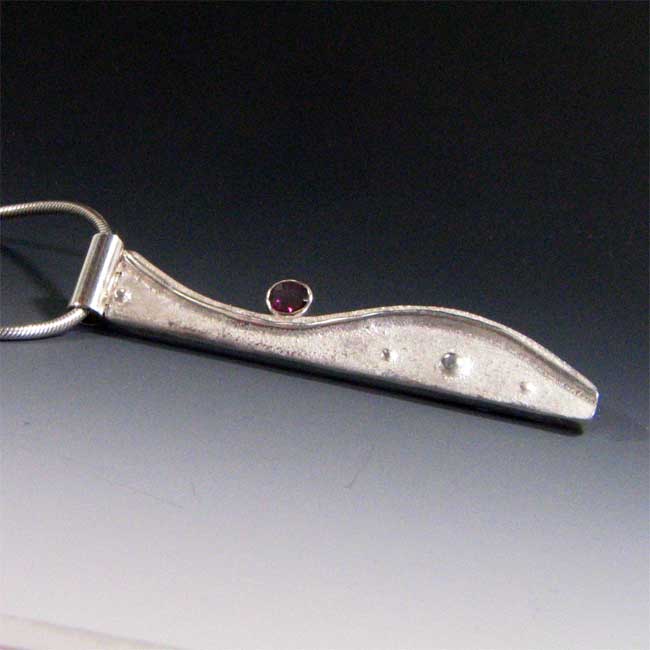 ﻿
Posted by Katherine Palochak at 10:18 AM No comments: